I hoped that I wouldn't have to do this sort of thing, because it never seemed needed in the Yuku, but it seems safer to lay this out now and have everyone aware of it than to not do so, and suffer for it.

1) TIME: Everyone is given about a week to post. This makes things a bit slower, if everyone takes their entire week, but I am also aware that a lot of the members have jobs or schoolwork that conflicts with a large amount of post-time, so this is a nice approximation. If you are going to be gone for that term, and you know, then PM or IM me, and we can skip over you, or work out some way to accomodate. If you do not post within that timeframe without proper warning, you will be skipped, and you will have to wait for your next turn. If you're going to be gone substantially longer than a week or so, also PM, and we will try to find a little recession for your character(s) until you can return. If you are gone for more than two months without any form of warning or notice, then your username will be disabled, your password changed, and the character up for consideration for other people on the 'waiting list'. This is probably as harsh as I will ever sound, but it's also fair to the people who don't have characters yet, and to your fellow rp-ers.

1.5) TIME COROLLARY: The time requirement will be flexible, to an extent, based on the number of people in the thread. The more people, the less time. One more person, one less day to post. This seems the most reasonable way to get things to move along. However, this only applies when the groups are four people or more, and only up to about five decreases in post time.

2) SIZE: A lot of people think that size doesn't matter in posting, and I would tend to agree, so long as information got across, and the plot was advanced with each turn. However, unless you are really a veteran rp-er, and I give my total support to, I'm thinking a minimum of three paragraphs, about four sentences each would suffice. Just think, that's only twelve sentences, and it makes your posts look meatier! Moreso, it seems that a lot of posting is speech, as the most effective way of allowing a character to get what you are doing and where you are trying to go. It allows them to post off you and advance, even if you feel like you have nothing to say for that turn. How much does a character talk? Then it's simple to fill those paragraphs! Remember, that's the bare minimum. You can have two paragraphs with six sentences, or try to go for more sentences, so long as it's not a random tangent to pass the size requirement. If I continue to get more complaints about size of posts, then your character will be up for discussion on the chop block... Another 'harsh' law from Jack...

3) QUALITY: This one basically asks you to think about your post. Posts need to relate to the thread, i.e. lollipops does not exactly fit in Shadow's Gloomy Revenge 4, even if it is Cream talking. Also, don't let the quality suffer to fit the size requirement. If sentences go along the lines of: 'Shadow was mad. He punched the wall. It hurt his hand. He growled. He did not like Sonic. Not at all.' Well, then we have a problem, because that's something that primary school-children put out. Especially since that could be construed as six sentences right there... And that's not even one line long... While you don't have to be eloquent, it's simple good manner to fill each sentence, and a good indication of having done so is to have one or more commas, or something to that extent. This is not to tell you how to write each post, but rather a guideline of what has to be for each post, so, not content, but standard. If quality causes complaint, then see the size requirement for the due punishment...
_________________
Turbo is the fastest!!!

Honestly, we have this exact problem on SSA. There should be no reason for anyone to have to put these things down in writing, as it should be a given, but when someone else is consistently posting 3 paragraphs or more, and you are only putting out two lines per post, this should give you a red flag that something is amiss. Remember that it must be fair to everyone that is playing. If someone else puts enough effort into their post to reward you with a lot of reading material relevant to your situation, going as far as to describe the environment, their emotions, imagery, etc,; it is simply not fair for them when you post less than 20% of their own (relevant) post length.

Another problem I've noticed is avoiding interaction. You are here to interact, I assume. Taking all measures to avoid playing with another character seems to me to be counterproductive. Be engaging with your partner. This isn't honestly all that hard to do. I'm sure others here agree.

Sorry for taking the stand here if that's not my right, but I had to chime in with Jack. Be reasonable about your posts. :c 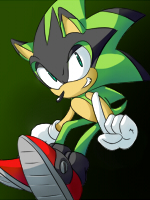 I think I have to actually mention this.... O3O Wow.... didn't think we would have to go here:

RATING: Considering the level that we have on here, even if children are not allowed to play on here, people who are not a part of us will be reading this. For the sake of the members with innocent eyes, and for the outsiders, we have previously maintained a separate mature-content portal in order to fulfill the needs for more serious and adult roleplay without compromising the playful nature of the main forums. Players need to be reminded that content should be able to be safely viewed by, I dunno, a 7 year old. So no trying to get past the swear-filter, no mentioning of mature content, either sexual or violent, and certainly no detailing out of these events. Should you move forward with this, your thread will be moved. Should such action continue, you might be banned for a substantial length of time, depending on the whim of Jack. Please consider others. ^^
_________________
Turbo is the fastest!!!