Sonic Society :: Out of Character :: Introduce Yourself!

Great to have you here, Thunder!!
I...I don't think you realize how extremely happy I am to find an active Shadow...egad. YES. *flails* 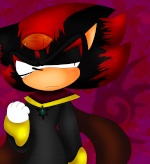 Hey wait--this ain't the arcade! Where am I? *looks up and sees "Sonic Society" in big, neon letters* .... Ah. Works fer me. Hey, how's it goin'? The name's Singe--you might've heard of me. I'm from an alternate dimension? Turno? "Most Entertainin' Delinquient"? No? *scoffs, smirking humorously* Psh, ok... *leans back comfortably and snaps his fingers absently, making sparks*

Um, yeah, hi, I'm new here. XD I won't be playing any canon characters, but I'll be playing as my epic recolor oh-so original fan-character of originalness. As soon as I post his profile. HEDGEHOG? WHAT'S THAT? *brick'd*

YOU ARE FROM THE 80'S! EMBRACE ME!! *moves toward with a bright grin on his face*

Hey, Welcome, welcome an' all that. As you can see obviously I play Mephi, but also the demon, Traconian~ G'luck if we ever happen into the same thread together ~w^

You don't know the half of it....*Motions towards Fini and Spectre*...those two players are a bit on the odd side

*leans toward the two echidnas with an intrigued smirk* Ah! Well, now I've seen everything! *holds out both of his hands firmly to greet them* What's up, freaks?

Natch~ Already covered, Singe. ^^ You just figure out what will be 'home, sweet home' for ya, and we'll be ready to roll....

...*tries to find a juke in this place, for the purpose of making our newest addition feel a little more comfortable... pacing around with the moonwalk, wearing a great deal of neon, in the mean-time, but was unable to get anyone else to participate*
_________________
Turbo is the fastest!!! 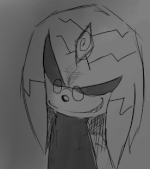 Huu, let's see...well I'm Dahwa, hi there, and I have a mullet. IT'S SLEEK AND MODERN, NOT UGLY AND 80s - BAM! Uh, I'm extraverted and socially inclined, but not super outgoing, I'm super emotional (and will never show it to anyone...well, maybe one or two people) and I pretty much love and hate to the extreme. NO MIDDLE GROUND, B*TCH. *pumps fists* >U

I'm really into astrology, I draw on an irregular basis and always up fer RP. I also love to flame the good Mariah's watchers. A lot of them are gross and I laugh at them (you may or may not be in that pile). I'LL PROBABLY GET MYSELF BANNED. Buuuut, actually talking to me, I won't be mean, I promise. C: I'm into Homestuck as well, and pretty much no animes or mangas...

My worst flaw is taking things too seriously and making deals out things that needn't be. It'll end me one day, I swear. I don't know why Maroo hangs around me still. I SUPPOSE I SHOULD MENTION THAT. She's my best friend-for-f***ing-ever-gtfo. *3*

I'll be playin' as Ix-y chick, as I love dem albeeno echidnas. YAOI.

Well it's about damn time you posted yer little intro, yah s***. >I

Erm..L-lets see how I could start this.. Hello everyone, I am Vee-Vee and I got pulled into roleplaying Orbot and Cubot here. I mostly am known as Orbot and Cubot from Tumblr, which is where I normally roleplay.. I am quite shy right now and not too sure how to do stuff here, I will sooner or later know more of this site. S-so I guess you all will know more about me too as time passes. It is a pleasure to meet you all. <3

Welcome welcome, Vee~ <3 It's great to have you on here~

Gaiz, I personally vouch for this player here. She is amazing, and she's ALWAYS in character. I don't think I've seen a single time that she's done something that you'd disagree with for these bots. And if anyone around here hasn't played Sonic Colours, or Sonic Unleashed, these bots are basically like 5 year olds. Super-smart 5 year olds that colour and nap and play in amusement parks and are totally romantically linked. <333 I can't wait to see what you'll do now that you're here~


Um hello, hello!
My nickname is Veccy or you can just call me Joe. I'd tell you my real name but it's better to be called Joe or Veccy. It doesn't matter to me. I'm a female. Hehehe--- Been a sonic fan since I watched AoSTH. I was five at the time. Whoo~. Um, I've been Rping for about two or three years now. Though Vector, is kinda new to me. I've only Rped him on Tumblr, so yeah. Being on a forum is new to me and it looks pretty awesome! So I hope I can grasp the concept and make my Rping something to enjoy here. Also, I haven't read the Sonic comics in a will, so I best refresh on that. Like soon-

Glad to meet you all~ <33 This will be interesting indeed. 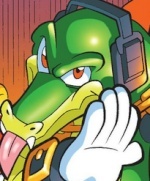 Welcome welcome, Joe-Bro~ I'm glad you decided to join! The format is pretty easy, the system is pretty lax, and there will be a place for you, so don't worry.

Welcome new victims. You'll all be sodomized and victimized in turn, so just stick around for the ride. It's going to be a blast. 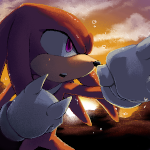 Oh hello Knuckles-mun, please to meet you! I am interested in to see how I go here and all that stuff. And hiya Veccy~! It's cool to see you are here too!

Hello Jack, Knux (Sorry, don't know your name yet). Nice to hear from you all. Oh and Vee Vee, good to see you are gonna be joining in on the fun.

My name is Dani, it's a pleasure to meet all of those I have not met yet and good to see those I have. So ehm whatdoIsayaboutme..

I am 20 years old.. will be 21 in a week or 2. I'm female.I study Games Development at an international university.I'm mostly a concept artist, capable of pumping out pictures and designs at high speeds and decent quality... I can do some slick and smooth stuff but it takes me forever and I usualy lose interest...

I have am extremely introverted, am really shy around new people and kind of suffer from self esteem issues. If I come across as a bit odd or flaky it's because of this..

I am a huge fan of all things echidna. There is no echidna I will not instantly love...well there's yet to be one anyway. Tikal was what drew me into the sonic fandom and really I've never stopped adoring the character. 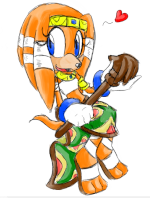 Dani, welcome to SS~! We collect souls at the doo-- joking agaaaain.

Remember that coloured text is cool for play-mode, and have fuuuuun!!!!

Sonic Society :: Out of Character :: Introduce Yourself!